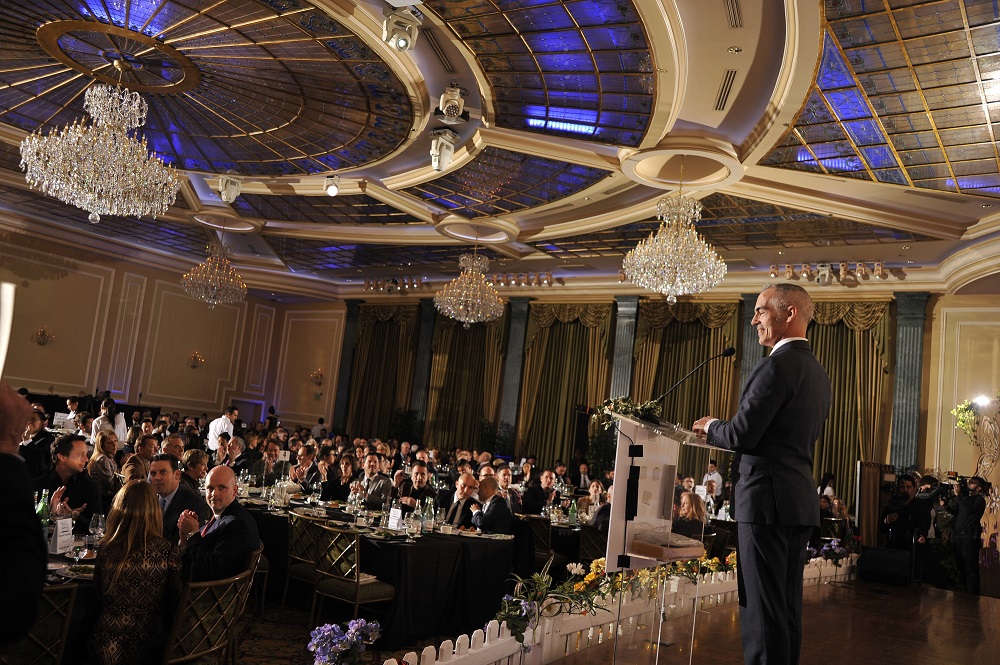 Though the gala featured a musical performance and a delicious dinner from Taglyan’s own Divine Food and Catering, the star of the show was arguably the 9-foot-long cake created for the event (see pictures below!). The fondant masterpiece was painstakingly crafted by celebrity cake artist Duff Goldman, and featured a colorful illustration of what park would mean for Hollywood and for Los Angeles as a whole.

The Taglyan Cultural Complex’s own Gary Taglyan, who serves on the Hollywood Chamber of Commerce and has long-supported the Hollywood Central Park project, expressed the impact a large park would have in his community.

“A green space where people can go to in order to find some peace is important in this busy life we live in. In order to assure a proper upbringing for the future generation, we need green open space for children to play and interact with one another. A park will unite communities, which in turn will help our children learn about the importance of diversity, making friends, building teams, and more. It will instill a healthier lifestyle, developing a happier and brighter generation,” Taglyan said.

When asked about how the Hollywood Central Park would impact the economy, Taglyan was enthusiastic about the benefits it would bring to Hollywood’s business sector.

“The park will give a reason for people to spend more time in Hollywood. Tourism is a huge part of Hollywood and the park will provide more attractions and reasons for them to stay here longer. This development will create new jobs and an economic boom, ultimately benefiting our communities, businesses and residents.”

About the Friends of the Hollywood Central Park

First envisioned by landscape architect Edward V. Hunt three decades ago, the Hollywood Central Park project is a plan to build a “cap” over the 101 Freeway, effectively making the thoroughfare a tunnel and creating a 38-acre street-level park replete with walking path, fountains, a baseball diamond, and a world-class amphitheater. In 2006, the Hollywood Chamber of Commerce formed a coalition to bring the project to life, and in 2008, the Friends of the Hollywood Central Park non-profit organization was created to raise the funds necessary for research and advocacy.

According to the Friends of the Hollywood Central Park, the project would create 40,000 new jobs, provide an economic stimulus to the Los Angeles economy, and reunite communities separated for more than 60 years by the freeway. More importantly, it would provide local residents with an open green space where they can thrive.