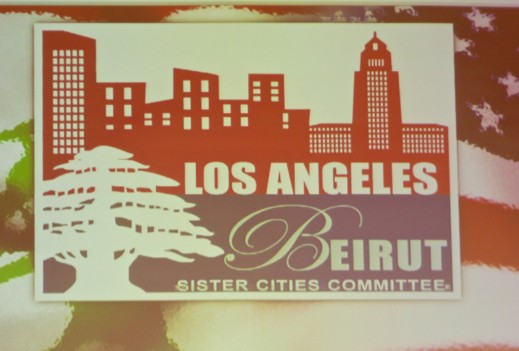 “Gatsby’s Night In All White” was the theme of this year’s L.A. Beirut Sister Cities Committee (LABSC) Annual Gala, an event which drew an exceptionally well-dressed crowd of prominent political and business figures to Taglyan Cultural Complex on November 7. The magical evening honored Los Angeles Council Member Mitch O’Farrell and U.S. General Manager of Middle East Airlines Adib Kassis for their continued support of the Lebanese community. Los Angeles Mayor Eric Garcetti, a long-time advocate and supporter of the Lebanese community (the Mayor visited Lebanon in 2006 to promote cultural understanding and sensitivity to Middle Eastern issues) was on hand to present the awards.

Establish in 2006 – thanks in large part to the efforts of then Council President Garcetti – The Los Angeles Beirut Sister City Committee was created to foster cultural understanding, business development, and friendship between the residents of the two cities. According to the LABSC website, the Committee is also dedicated to sponsoring student exchanges; this year, the LABSC raised enough money to host four Lebanese engineering students. Though the students spent most of their time at Loyola Marymount College learning about water distribution during droughts and the use of solar power, they also traveled throughout the United States to gain a first-hand understanding of American culture.