Mayor Prang has made great strides to increase tolerance towards all people, including the Armenian population of Southern California. He has been a city leader in supporting the resolution to lower flags in recognition of the Armenian genocide.

While others still refuse to acknowledge the atrocities and human rights violations as genocide due to political obligations, Prang has been vocal in his support of this cause and his condemnation of similar events in history.

Elected to the city council in 1997, Jeffrey Prang has been elected mayor on three non-consecutive terms. He co-authored legislation to raise awareness for HIV and breast cancer and to provide adoptions assistance to gay and lesbian parents.

His nearly two decades of service to the community are a welcome addition, so the Taglyan Cultural Complex and SCAD is holding this event in his honor.

We will report more on the details of the event next week, but if you would like to learn more or find out how you can get involved or make a donation, contact us or call (818) 212-9111. 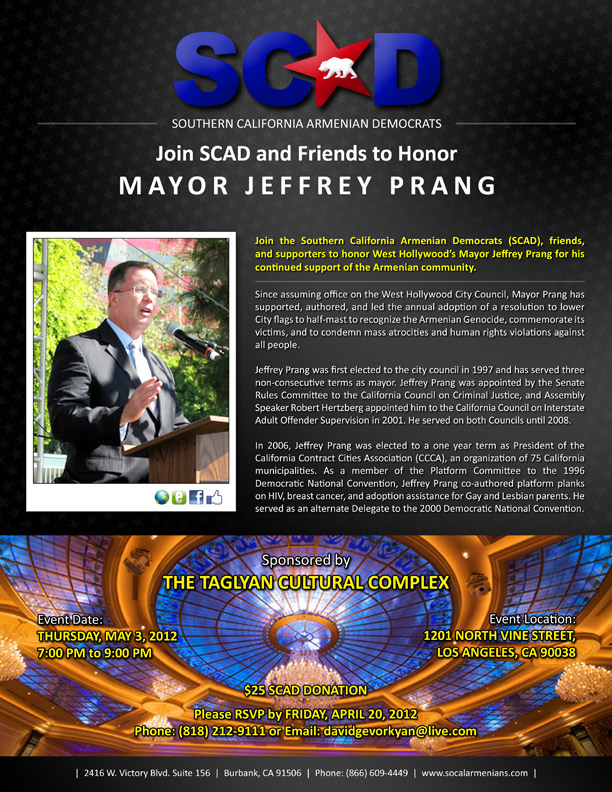